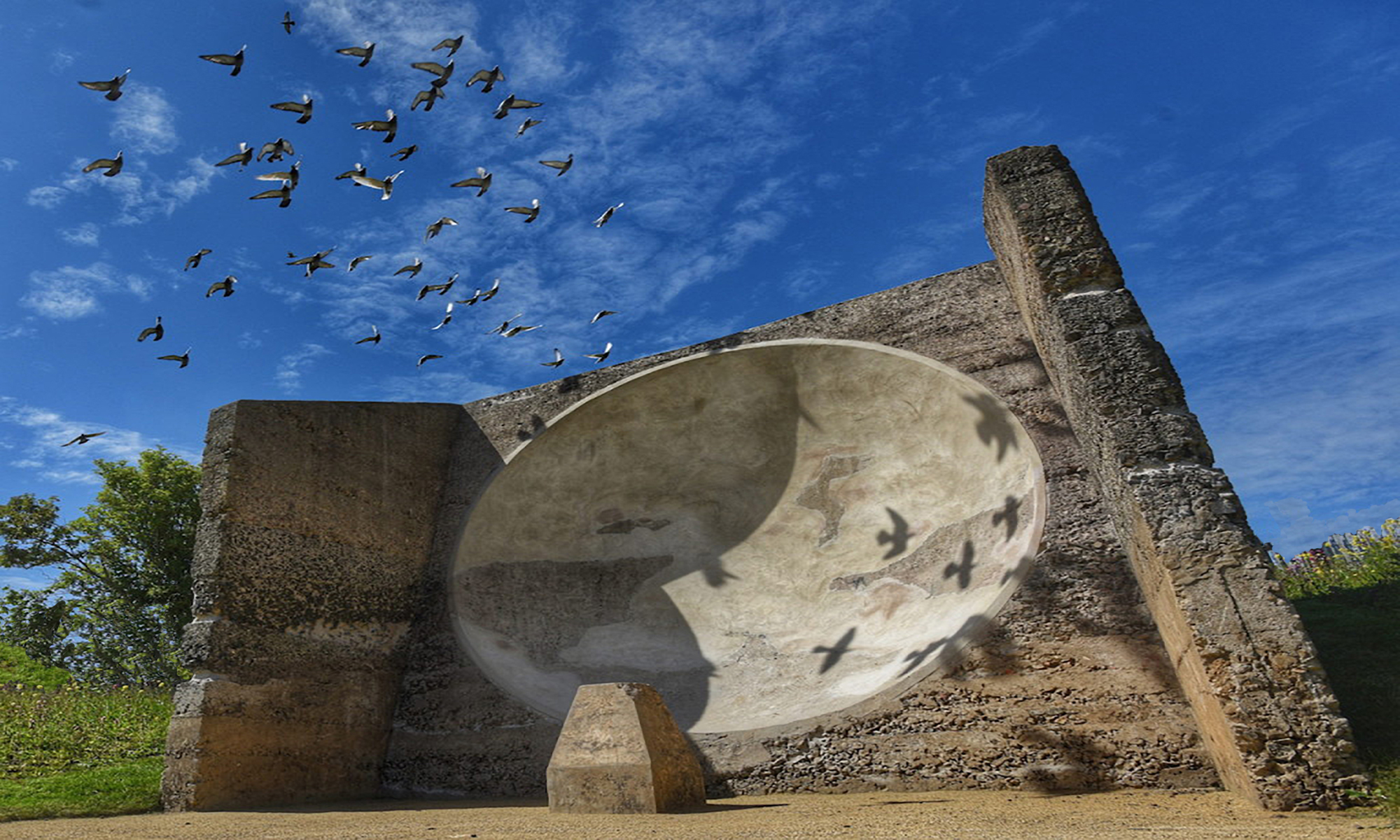 R.S.T is a master artist, a whimsical sorcerer of sound, a designer of dreams made of pure vibration. It would be hard to listen to his work and not immediately recognize the genius behind it.

Robert Scott Thompson is one of those criminally unsung electronic musicians versatile enough to embrace everything from fragile atmospherica to computer-based electroacoustic music.

One of the most overlooked composers working in the Ambient genre today!
~ The Organization of Sound

Thompson is one of the first generation of composers who grew up with the disparate worlds of C++ and UNIX along with The Dead Kennedys, Blondie, Boulez, Joji Yuasa and Robert Fripp. In other words, whatever you’d like to call him, you have to hyphenate your descriptive (sorry folks, “Slash” is already taken by a quarterback as well as a guitarist!) Unlike so many of the abject failures who pose as composers yet hide behind the artifice of compositional process and the easy enticements of technology, Thompson leads with his ears (which are excellent). That’s probably why his music SOUNDS so good – many young composers would do well to emulate his example.

The term musical alchemist best describes modern music composer Robert Scott Thompson. Combining his mastery of the electroacoustic, contemporary instrumental, and avant-garde genres into a swirling cohesive whole, he is an important pioneer on music’s new frontier. Hailed as one of the most important composers working in electroacoustic, acousmatic and classical ambient music today, he has produced and published seminal work since 1976.

Influences as diverse as Chopin and Satie, Stockhausen, Varèse and Cage, and Bowie and Eno can be heard in Robert’s music. Robert’s first love is the electronic music synthesizer, but he is also an expressive vocalist, instrumentalist, video artist, computer musician, sound designer, and film composer.

Thompson is a composer of both instrumental and electroacoustic music and is currently Professor of Music Composition at Georgia State University in Atlanta. He earned the B.Mus. degree from the University of Oregon and M.A. and Ph.D. degrees from the University of California at San Diego (UCSD). His primary teachers include Bernard Rands, Roger Reynolds, Joji Yuasa, and F. Richard Moore.

He has created work in a wide variety of forms ranging from chamber and orchestral music to works for the virtuoso soloist, electroacoustic music, and video and performance art. He is the recipient of several prizes and distinctions for his music; including the First Prize in the 2003 Musica Nova Competition (Czech Republic), the First Prize in the 2001 Pierre Schaeffer Competition (Italy) and awards in the XVI Concorso Internazionale “Luigi Russolo” (Italy), Irino Prize Foundation Competition for Chamber Music (Japan), and Concours International de Musique Electroacoustique de Bourges (France) – including the Commande Commission 2007, among others.

He was a Research Assistant of the Center for Music Experiment (CME) Computer Audio Research Lab (CARL) during the 1980s, assisting significant composers in the realization of advanced computer music works.  In 1991, he was named a Fulbright Fellow and Research Scholar by the Council for the International Exchange of Scholars  (CIES) and was Composer in Residence at the Danish Institute of Electroacoustic Music (DIEM) where he collaborated on fundamental research in computer music and composed the long-form acousmatic work – The Strong Eye.  More recently (2007), he was Composer in Residence at the Institut International de Musique Electroacoustique (France, 2007) composing the IMEB Commande Commission.

Over the years, RST has become increasingly well known internationally for his instrumental and electroacoustic works, often commissioned by prestigious organizations, ensembles and instrumentalists, and also for his many recordings which have been heard worldwide. His work has been presented in numerous important festivals such as  the Koriyama Bienalle (Japan), Sound (Scotland), Presences (France), Synthese (France), Sonorities (Northern Ireland), ICMC, SEAMUS and the Cabrillo Music Festival (California), and has been broadcast on Radio France, BBC, NHK, ABC, WDR, NPR and numerous other networks around the world. His music is published on recordings by EMF Media, Neuma, Drimala, Capstone, Hypnos, Oasis/Mirage, Groove, Lens, Space for Music, Zero Music, Twelfth Root, Relaxed Machinery, Centaur and Aucourant record labels (among others), and in print by American Composers Alliance (American Composers Edition.

Robert Scott Thompson’s music binds to your DNA coil with the tenacity of a barnacle. Every time you return to one of his CDs some voice lost in the tedium of time screams through your spine with the gelid insistence of an Antarctic blizzard, demanding that you write a tumultuous review that will drive the ambient loving public to proclaim him as the Pukka. Just listen to ‘Cloud Cover’ and the surging climax will propel your consciousness to merge with the quiddity that seeps into the rubber pumpkin in your head.

The new album arrived yesterday, and those nasty mosquitoes that jabbered in my dreams about evil bees in cheese have vanished. The Pukka, ladies and gentlemen, has delivered another balm wrapped in an ambient calm.

RST’s music swoops upon those who bare their mazard to listen. Those last movements break upon the imagination like dream typhoons splashed by multi-colored orisons from distant galaxies.